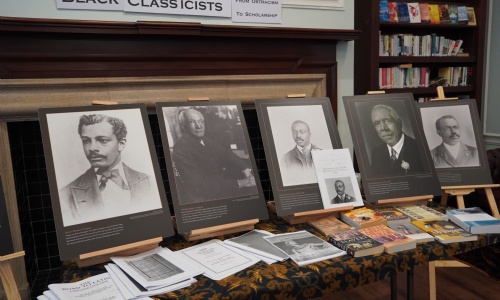 Hill House was pleased to welcome the Black Classicists Exhibition to the school, recently.

Previously hosted by Oxford university, the exhibition celebrates the roles played by African Americans in classics.

The fascinating display celebrates the contributions of Black Classicists to the field of Classics over the 19th and 20th centuries and shines a spotlight on both the academic accomplishments of its portrait subjects and the structural barriers they overcame in the course of their careers.

Mrs Lindsay, Head of Classics at Hill House, said ‘the children found the exhibit interesting and fascinating and helped them to understand the different backgrounds of people when studying Classics.

"The children enjoyed seeing the images of people from different periods of history and thought it was good that they could see these people, who wouldn’t have been acknowledged in the past due to prejudice."