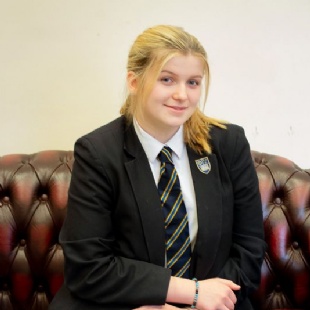 Year 10 pupil, Grace Arnold has achieved her ambitious goal of obtaining Grade 8 in all areas of Performance, including Acting and Musical Theatre.

Since starting in Performing Arts at 6 years old with local teachers Paul and Debbie Mellors, Grace has performed in many school productions including 12th Night and The King and I.

In December 2021, following delays due to the pandemic, Grace was finally able to perform for her Grade 8 in Popular Music Vocals for LCM (London College of Music), as well as her LAMDA (London Academy of Music & Dramatic Art) exam for Verse and Prose.

These were the last two exams that she needed to complete her achievements - and she has now been awarded her certificates which she is rightly proud of!

Despite her success in the Arts, Grace has quite different plans for her career with an aim to becoming a Farm Veterinarian.

With her determined attitude, we’re sure she will achieve this dream too!