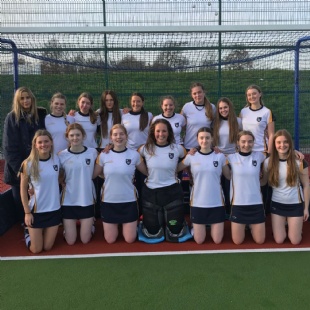 Hill House hockey players are celebrating after being named Under 18 T4 North East champions this week in Leeds.

Representing Yorkshire in the North East Finals, the Doncaster girls started quickly in the semi-final with Trixie Morrison-Parry scoring early against Barnard Castle School. The Durham school fought back to equalise, but after a stunning goal-line clearance from Darcey Caulton, the Hill House girls earned a place in the final after a penalty corner was converted by Emily Bloomer to secure a 2-1 victory.

In the North East Final, the girls faced an impressive team from Yarm School, champions of Durham and Northumbria. Hill House started brightly, but finished with a goalkeeping masterclass from captain Charlotte Westmoreland-Smith, who kept Yarm at bay in the closing stages. After a tense 0-0 draw, the final was decided in a penalty shoot-out, with Hill House finishing 4-3 winners, with the last act fittingly a save from player of the match Westmoreland-Smith.

Director of Hockey James Ross was delighted with the girls’ victory, saying ‘the girls were great, and this shows how strong the hockey programme is at Hill House. We have lots of hard work ahead and the excitement of another visit to the National Finals!’

The Hill House girls now go on to represent the North East in the Under 18 National Hockey Finals in London.