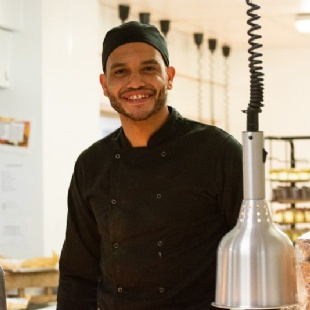 Danny took up running in the last few years following a challenge in the school catering team, in which he works, to run 50k in a month.  He caught the ‘running bug’ and decided to apply to run in this year’s Great North Run.

He chose his charity, Cancer Research, as the disease is something that has affected him and his family in recent years. His Grandad is currently suffering with Bladder Cancer whilst his sister-in-law is now in remission from Breast Cancer which she was diagnosed with a few years ago.

Danny will be running the Retford half-marathon in preparation for the Great North Run in September which takes place in Newcastle where Danny was previously a student of Building Surveying at Northumbria University.

Good Luck, Danny from all at Hill House!