A Sporting Start to the new year! 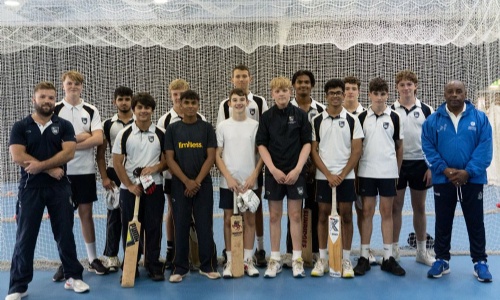 The first weeks of the new school year have seen some exciting sports’ fixtures and events.

In Rugby, the senior teams had successful starts to their cup campaigns, with the 1st XV defeating a spirited Worksop College 27-12 in the National Schools’ Vase, while the Under 16 XV started their defence of the Yorkshire Cup with a good win over Pocklington School. Lower down, there were some exciting matches with Birkdale School and Yarm, with Director of Rugby Chris Rose being particularly pleased with the new Under 12A team’s unbeaten start to the season.

Hockey teams have also started well, including hard fought wins for the girls’ 1st XI against Hymer’s and Mount St.Mary’s, and some strong performances from younger teams. The U11 and U10 teams look forward to starting their fixtures this week

Senior cricketers were treated to a visit from batting legend Roland Butcher, who coached girls and boys after speaking about his career in professional sport. The first black player to represent England at cricket, the pupils found his insight and experiences fascinating. Master in Charge of Cricket, Sam Owen, said ‘it was great for the cricketers to hear from one of the greats of the game, helping them understand the values and efforts required to succeed in top level sport.’